You know how kids don’t come with instruction manuals? And they are all so different! Just when I think I have things figured out, one of them seems to throw me for a loop and I realize that I still have no idea what I’m doing as a mom!

One of them in particular loves loop throwing. And he’s good at it, too! When he was born, he had the worst delivery of all three of my kids. So bad that the doctor told me later that he had seen all of the problems I had during the delivery, but never that many problems in one delivery. He was a real miracle child.

See how hard it was for him? He got a gigantic bruise on his forehead! 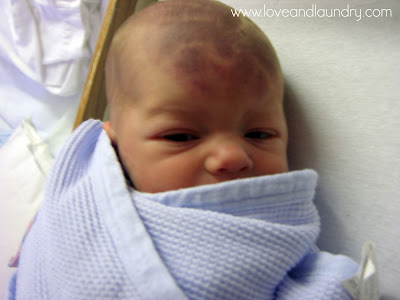 He obviously recovered and has grown up to be a healthy and happy seven year old. But, he still continues to throw us for loops. Last September, two days before school started, we decided to spend the day at a waterfall. It was gorgeous! Even to this day, it’s one of my favorite family outings. 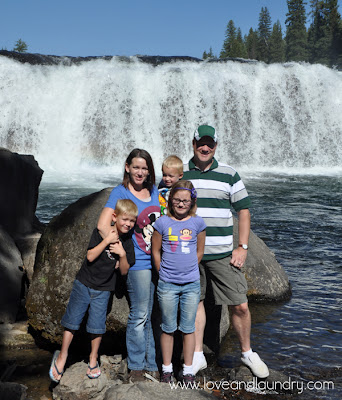 But that kid still had to throw in a loop! After we got home, he went to play on the swingset in the backyard. He came running to the front yard after a little while and said that he thought he broke his arm. As it was dangling, we knew there was no question! He didn’t just fracture or slightly break his arm….he broke it completely in half! 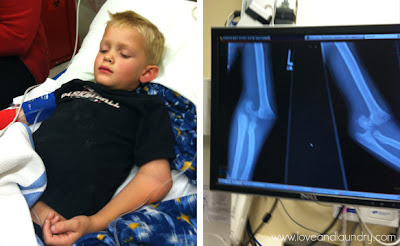 We had to rush him to the emergency room and he spent the night having emergency surgery. Now he has a big scar on his once perfect arm. He also had to recover from nerve damage he sustained. His radial nerve got damaged affecting his hand movement.  It took months after he got his cast off to fully be able to use his hand again. For a while, we weren’t sure the nerve would ever heal! Can you imagine having a hand that didn’t work? And having to go to school every day that way.

But he is an awesome kid! As awesome as they come, really, Despite having such a hard time using his arm and hand, he kept a great attitude and sense of humor. He never once let it bother him.

His personality is that way. He is just a happy kid that loves life. It’s so contagious! I love being around him! He has such a gift for focusing on the positive, despite the challenges that life throws at him.

He sees so much good in the world! 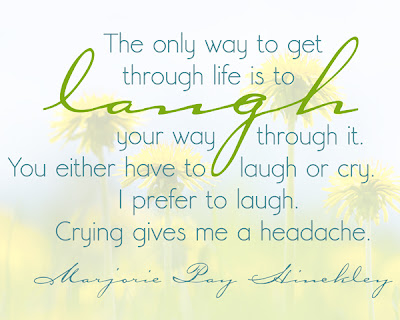