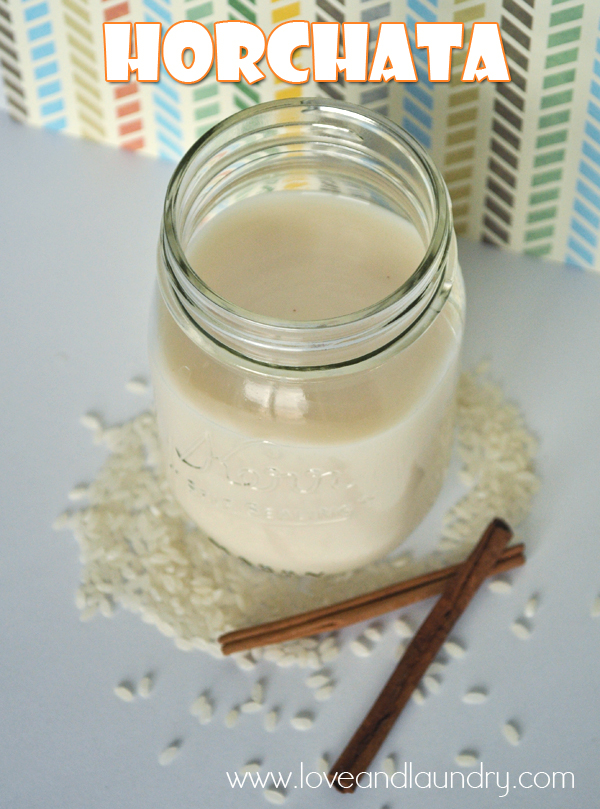 I grew up in Albuquerque, so I have a deep love of Mexican food. With Cinco de Mayo coming up, I’ve been in the mood for some horchata! The funny thing is the first time I tried horchata was actually after I moved to Idaho when I was in college. It’s so delicious! It’s definitely one of my favorite drinks. If you’ve never had it, it’s a rice drink with a hint of cinnamon. It’s yummy!

This drink is easy peasy to make, but it does take a little bit of time. If you want to serve it on Cinco de Mayo, be sure to start it the night before!

Put the rice, cinnamon sticks and water in a pitcher and let it soak overnight. At least 8-10 hours. I’ve soaked it longer and it just helps intensify the cinnamon flavor.

After it has had a good soak, pour the contents of the pitcher into a blender. Add the ground cinnamon and blend really well. After it’s blended, it needs to be strained. I actually found the easiest way for me is to let the horchata sit in the blender for 10 minutes. Most of the solids left will float to the bottom and it’s easier to pour the liquid through a fine mesh strainer .

After it’s strained, pour the mixture into a pitcher. Add the milk, vanilla and brown sugar and mix it really well with a large spoon. Keep refrigerated until ready to serve.