Bria got a really cool opportunity a couple of weeks ago. There is a cosmetology school nearby that does a really amazing Hair and Fashion show every year. Dave’s been able to be a small part of it by videoing it for them every year (one of him many talents is videography and he’s done that for almost as long as we’ve been married). So, we’ve not only known about this cool show, but we’ve been able to see it from the beginning.

The school uses the students to produce the show as part of the curriculum and then all of the proceeds from the show are donated to a local women’s shelter.

We’re pretty small town here in Idaho. Even the big cities are still on the small side. The thing I’ve been so impressed with this show is that it is definitely not small town. The fashion and hair are really pretty amazing and the talent behind them is incredible. Since this is a cosmetology school, the focus is really on the hair. Yes, the fashion, too. But the hair in the show is really what makes this so special!

Each year there is a different theme. They’ve done some pretty awesome themes in years past (superheros, storybook characters, etc.) but this year was probably my favorite theme of all. It was love stories throughout time. There were some really fun ones – Fred & Wilma Flintstone, Barbie and Ken, Bonnie & Clyde and of course my favorite was Lancelot & Guinevere.

Bria got to be a model this year. She’s wanted to do it ever since they started but things haven’t worked out exactly right. But this year was her golden opportunity. My niece, Kortney, has been a student at this cosmetology school and was on one of the teams (Lancelot and Guinevere). So, we finally decided to have Bria try out to be a model. (Oh, boy! My phone camera is really on point when it comes to picture quality!) 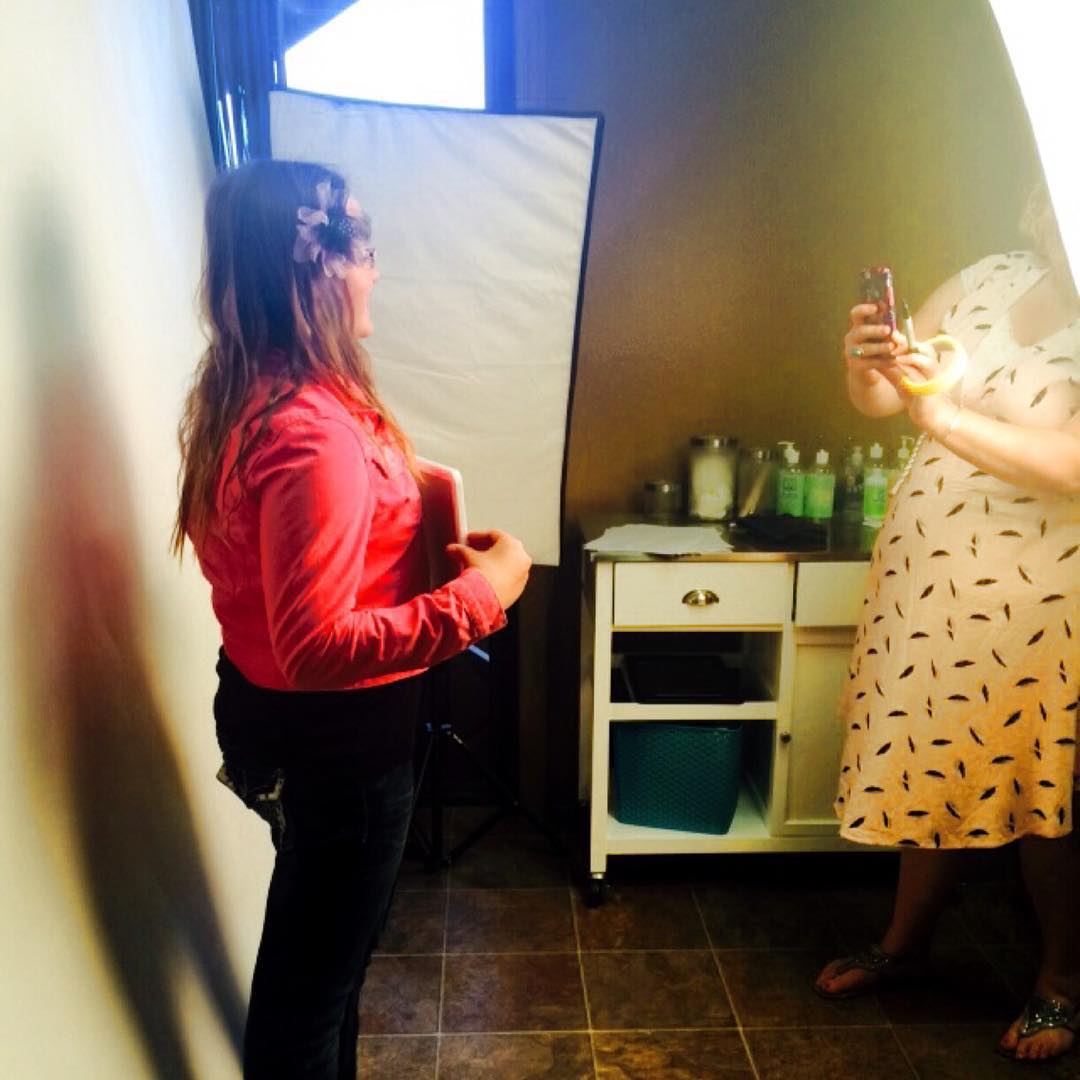 As her mother, of course I feel all kinds of emotions – kind of freaking out that she’s growing up and at the same time proud of her for being willing to take risks. She was really nervous for the audition, but I reassured her that she was special no matter what the outcome was. Of course she had nothing to worry about made it in! I so remember that age and being so nervous to try new things!

Bria got in with her cousin on the Lancelot and Guinevere team and she got to be one of the ladies. It was such a fun group!

During the next couple of weeks, she had rehearsals, hair styling appointments, and lots of trying on dresses. It was really a dream come true for any 11-year-old’s heart! And the cool thing is that she got to do all of it with her cousin! I loved that part. And when I say everything I really mean it. Kortney was in charge of her entire look. 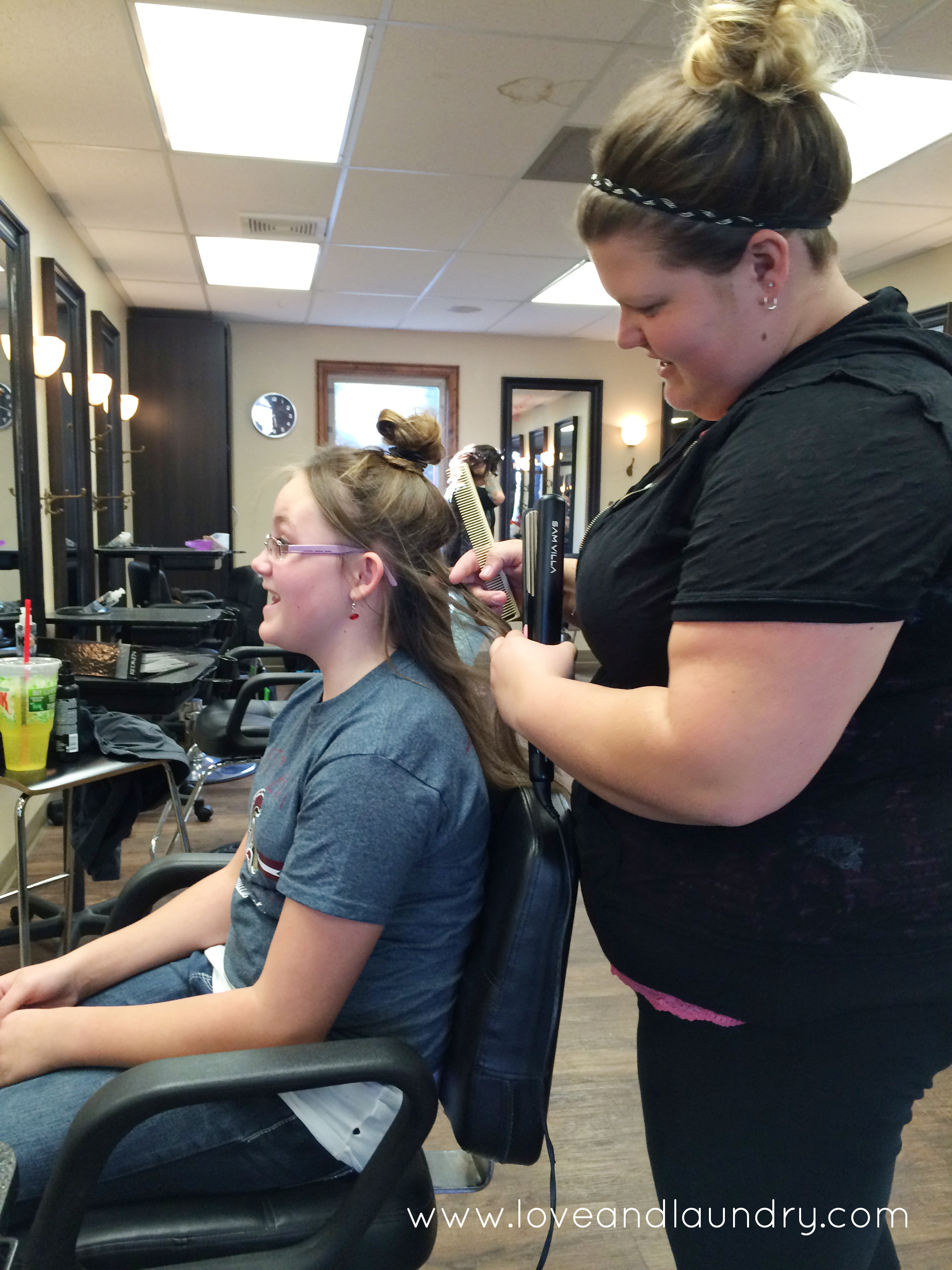 On performance day, she had to be there at a really early 6:00 in the morning (at least it’s early for us! Ha!). It’s a little bit of a drive from our house, so she was up just after 5 am. She was there all day getting ready, doing more rehearsals, and doing two performances. I think she was pretty exhausted by the end of the day! 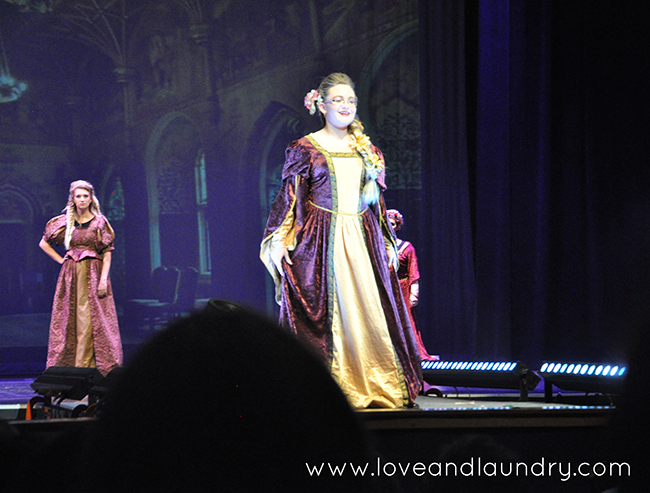 Doesn’t she look gorgeous?!? And so happy! This was such a fun and positive experience for her that I’m absolutely sure she’ll never forget! It’s hard for me to let her do some of these things because there is so much unknown that I’m sending her into. But, this experience turned out perfect. I’m so glad that I let her do it.

Here’s some closeups of every detail of her costume. 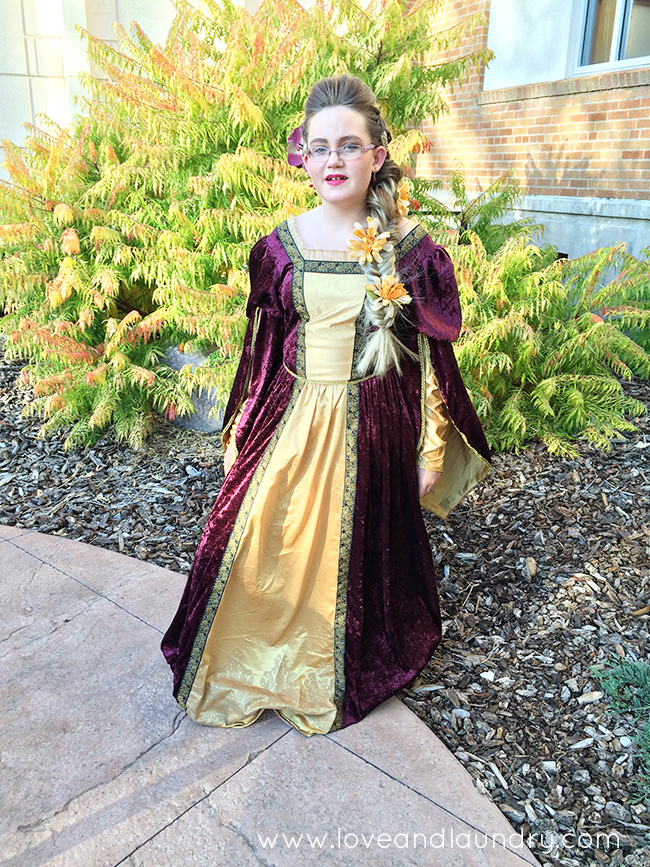 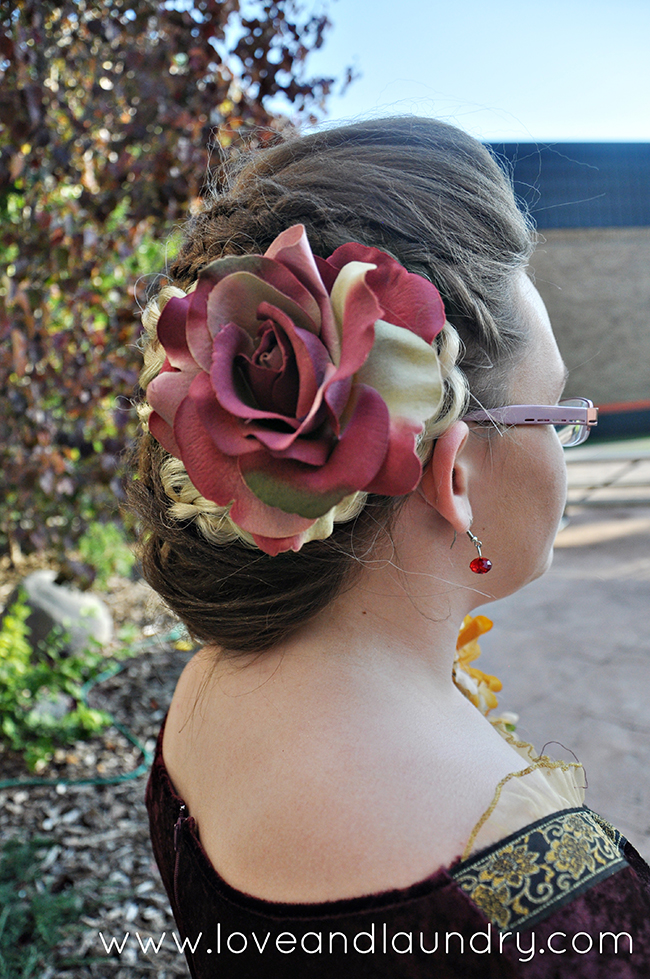 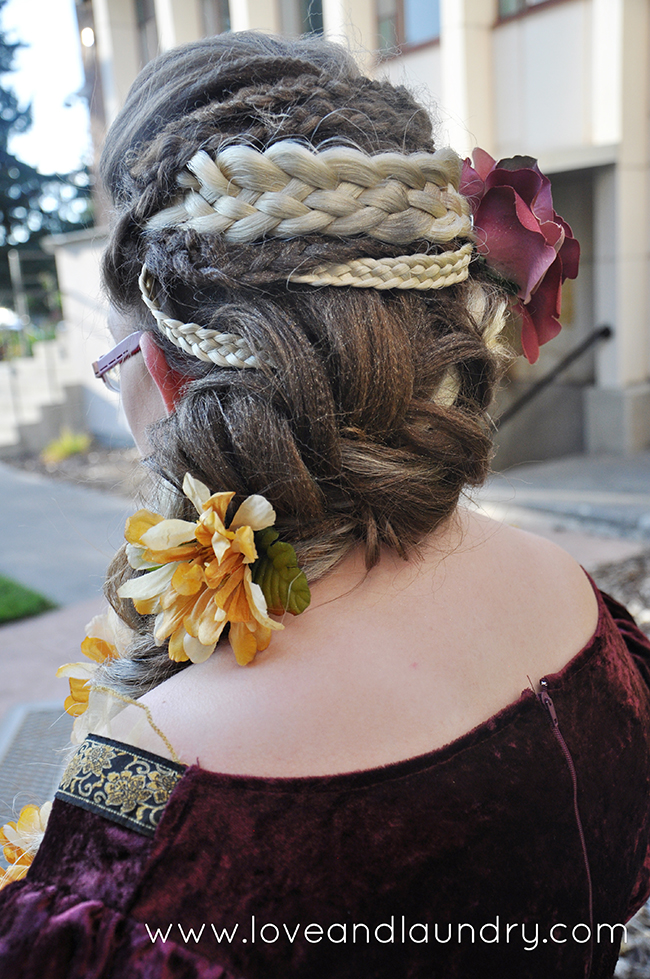 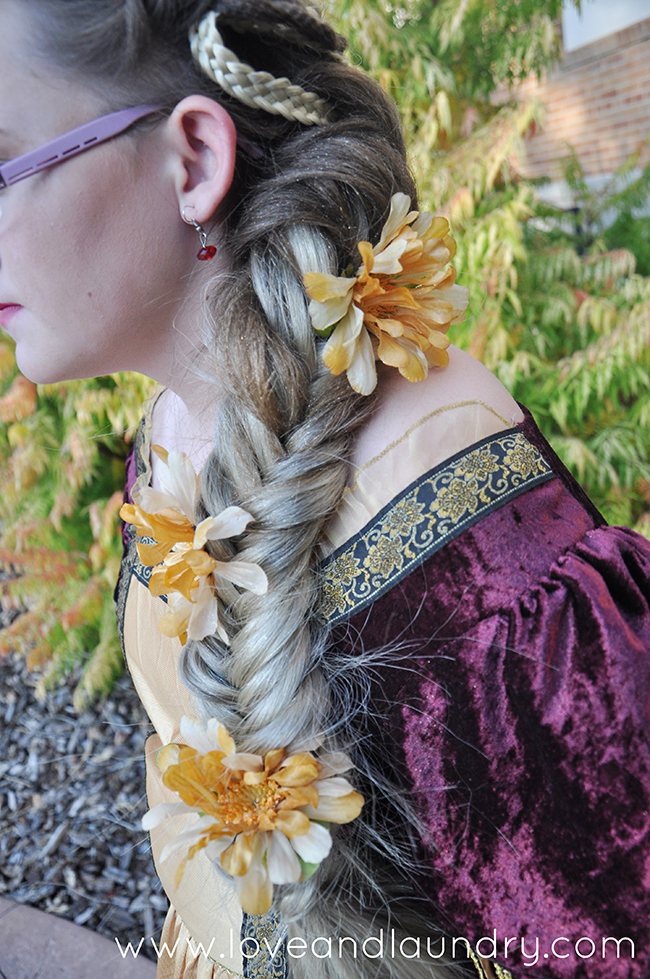 Isn’t that braid amazing? It took HOURS to do. It’s a shame that she couldn’t keep it in for longer! By the time she got home it was all taken out. Thank goodness for photos to preserve such epic-ness!

Seriously, my niece Kortney is so talented. She about ready to graduate and I’m so excited to see all of the fun things she has in store for her future. It’s fun to watch all of these kids grow up! 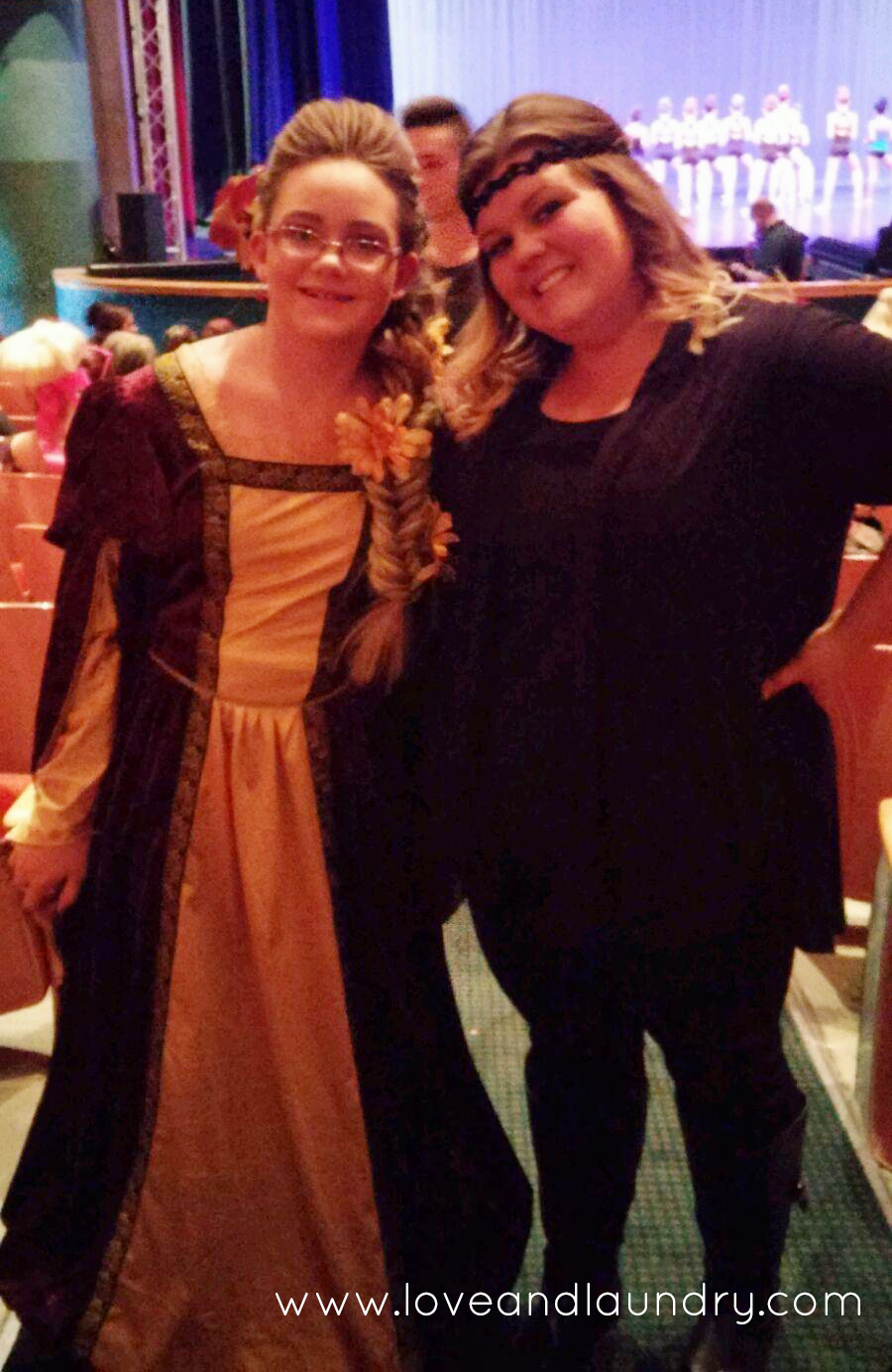 I wasn’t sure how well the boys would do sitting through the whole performance. They weren’t very excited about going to a hair and fashion show to begin with. If it was monster trucks, I’m pretty sure they would have been on board immediately. But hair and fashion? A completely different story! But once the show got started, they were completely enthralled. The mixture of dancing and fun music was very entertaining. And it was so fun for them to cheer their sister on! 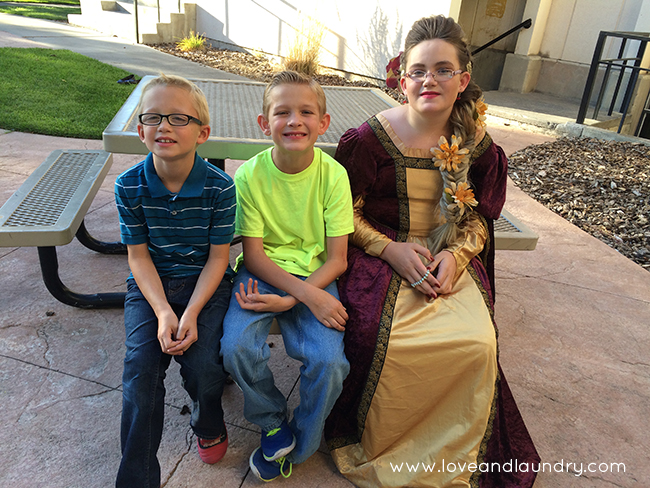 I didn’t get amazing pictures of the other performance because I was using my phone, but I did get a few.

There were 12 groups that performed. Each one had a $200 budget. It was incredible to see what they came up with! All in all, there were literally hundreds of people behind this production. As we were watching the final bows I was trying to keep track and finally gave up. It was impossible. Each group had anywhere between 20-40 people either as models or students. Plus all of the backstage people, teachers, etc. It’s quite the production! 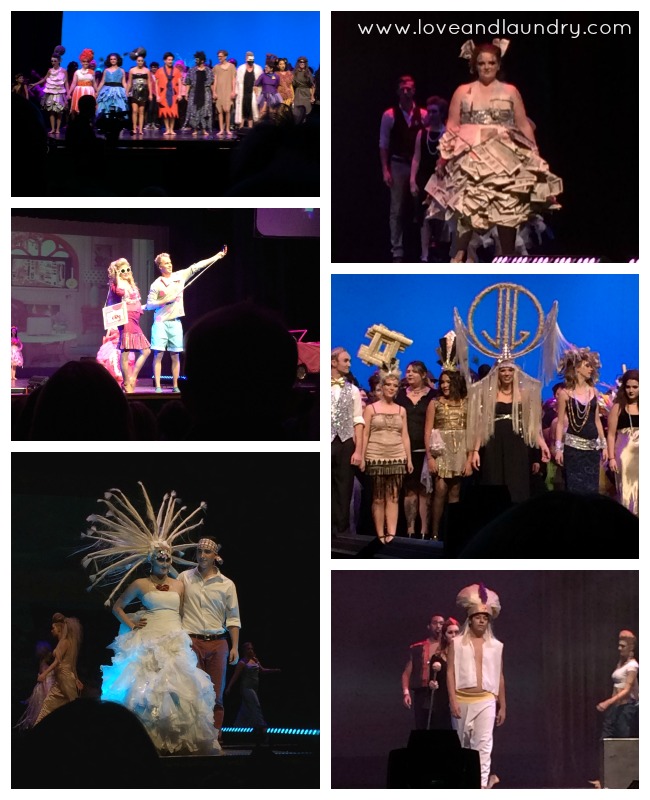 These were some of my favorites! Isn’t all of that hair pretty incredible! In the lower right corner, that is Aladdin and his turban is made entirely of hair. Pretty cool! I also loved the newspaper dress from the top right corner. It’s amazing what a group of talented people can come up with when they are given limited resources!

If you ever hear of a hair and fashion show where you live, they are so fun to watch! Definitely get tickets!