I have a confession to make. We have a smoker in our family.  Let me clarify. Not the smoker that you’re thinking. A meat smoker. Isn’t it beautiful? 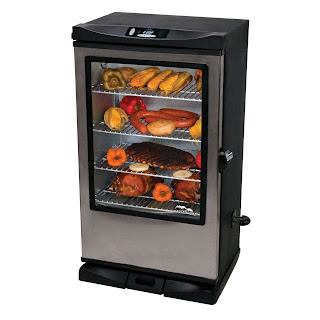 Okay, you got me. That’s not really ours. But it’s one like ours! And we love it! I never post recipes on here that use the smoker, but we use it all the time during the summer. And I almost always have to just make salads because my hubby is the smoking expert resident in our family.

If you’ve never smoked meat before, it is such a yummy way to cook! At the bottom of the post, I’ll explain how to smoke using your grill just in case you don’t have a fancy meat smoker like my husband.

He makes this really delicious bacon wrapped smoked pork stuffed with apples and onions. And it’s my favorite thing in the world! It’s like Christmas for me every time he volunteers to make it! Usually he gets in ready in the middle of the night while I’m sleeping so I can’t take pictures. But, this time he did it in the middle of the day!

I’m not used to taking pictures of someone else cooking. Usually I just have to hold as still as I can while I cook. He wouldn’t hold still for me, so some of the pictures are blurry. 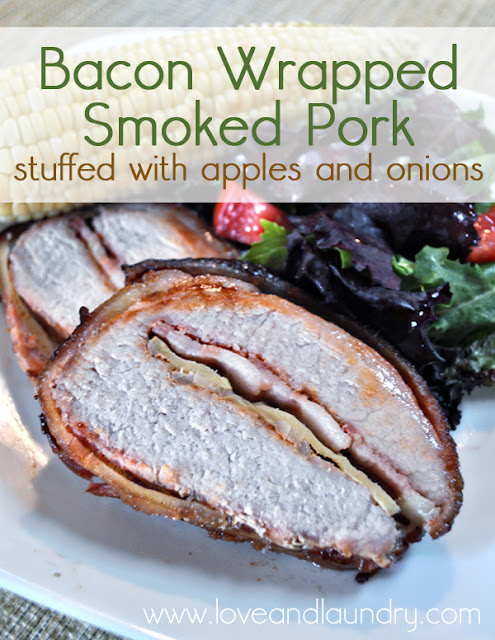 This is the kind of recipe that calls for a tutorial. You know how they say a picture is worth a thousand words? In this case, it will save me a thousand, probably very confusing, words! 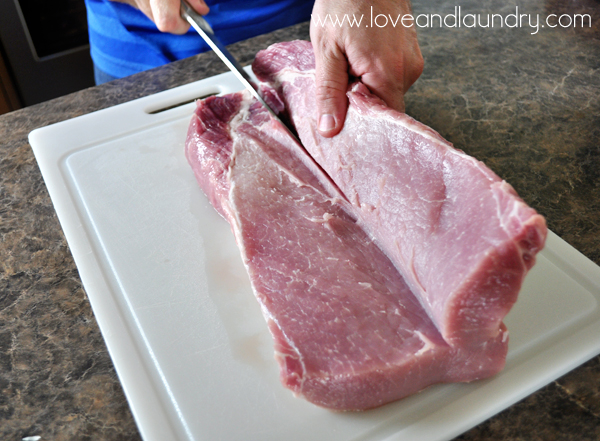 Sprinkle some Creole Seasoning on the inside of the pork. This is the creole seasoning. You can get it at Walmart in the seasoning aisle. 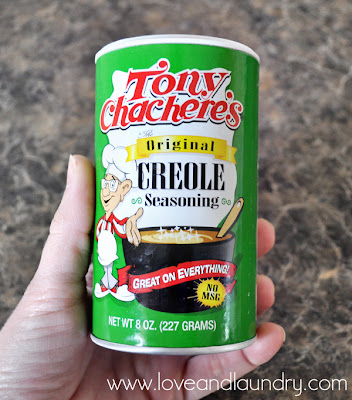 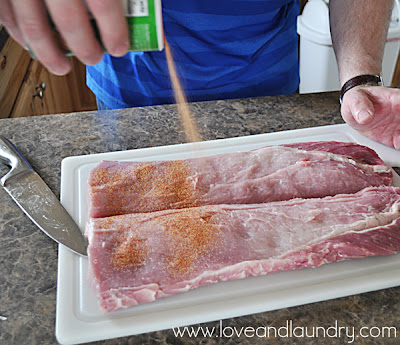 Now sprinkle some brown sugar. Not a ton, but enough to make an even layer. 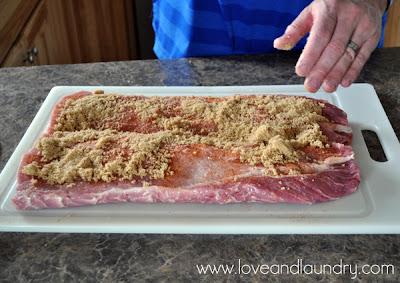 Then add a layer of bacon. 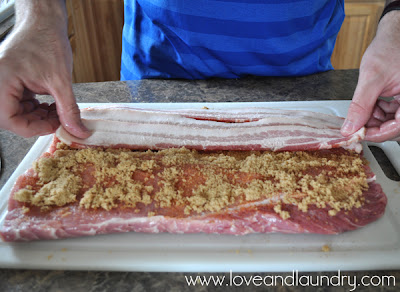 Then, some slice apples and onions 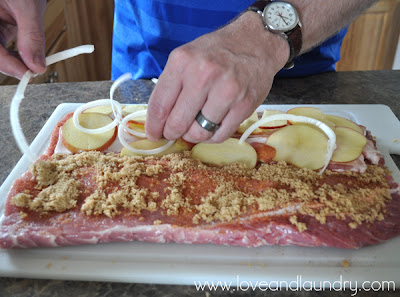 Then close that baby up! 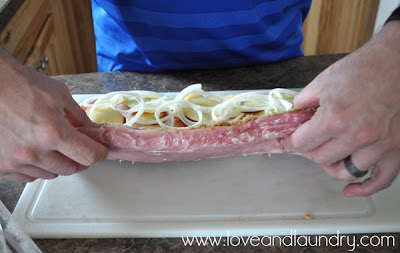 For the outside, sprinkle more creole seasoning and brown sugar on both sides – just like we did in the middle. 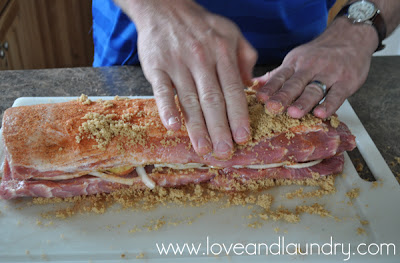 Then, wrap the whole thing in bacon. 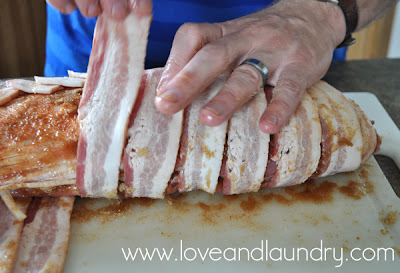 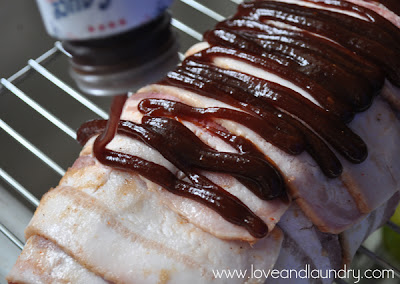 Stuff the pork in your meat smoker with hickory chips and smoke at 160 degrees for 5-6 hours. It is so juicy and tender when it’s done! And the mix of flavors is just to die for! 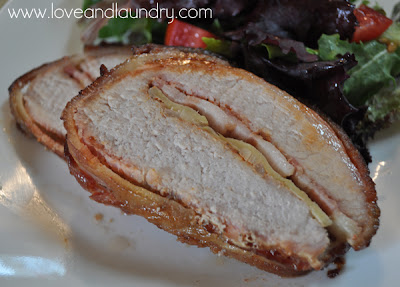 Another thing I love about this recipe is that it feeds a crowd! We make this almost every time we invite people over for dinner. And I have yet to meet someone who doesn’t like it!

Okay, so how do you smoke meat? I’m going to assume that if you own a meat smoker, you probably already know what you’re doing. If not, let me know…I can always talk about the basics of using a smoker. There are lots of different kinds – charcoal and electric. We own an electric one so that we don’t have to monitor the temperature.

But, the great news is, you can actually smoke meat inside your grill! We actually did that for a long time until we burned through so much propane that we finally gave in and bought an actual meat smoker.

You need wood chips or chunks. We like hickory the best, but you can also get applewood, maple, mesquite – all different kinds! Grab a handful of the chips or chunks and soak them in water for about half an hour.

I found a couple of youtube videos to watch. These aren’t mine, but they should give you a pretty good idea of how to smoke on your grill!

Smoking on a Charcoal Grill

Smoking on a Gas Grill